A visitor’s guide to Bath, England

Nestled in the heart of Somerset, in the valley of the River Avon, lies the charming city of Bath. Famous for the Roman baths that give the city its name, these ancient spas are only one part of its engaging history. In addition to Bath’s Roman past, this lovely town is full of literary ties, charming restaurants, perfect picnic spots and more. Follow along in our visitor's guide to Bath, England for tips on what to do, eat, see, and more! 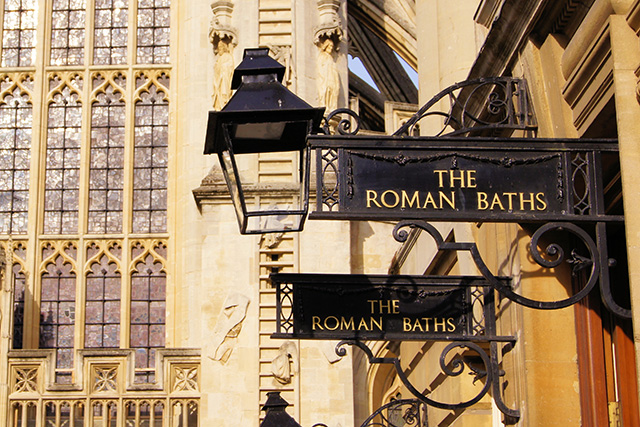 For hundreds of years, Sally Lunn’s has been serving up the now world-famous “Bath Bun,” a sweet, doughy brioche. Located in one of the oldest buildings in Bath, the restaurant has three period dining rooms and houses a bakery museum in the basement, which features the original kitchen used by Sally Lunn herself. With daytime, early dinner and evening menus you can enjoy your own bun whenever you fancy a snack, meal or spot of tea.

What to do on a nice afternoon

Join the locals and spread out your picnic blanket in the shadow of one of the most magnificent examples of Georgian architecture in the U.K.—a curving row of 18th-century town houses with an elegantly terraced façade. And not surprisingly, the structure’s crescent shape is what lends this popular spot its name. It’s not uncommon to see children playing or groups of friends lounging out on the sprawling lawns that gently slope away from the front of the crescent.

Where to get a taste of history

The greatest reminder of Bath’s ancient past is the complex of Roman Baths situated in the city center. Take a step back in time on a visit here to discover how Romans harnessed the earth’s natural geothermal power to create this network of curative bathhouses. The museum on the premises not only houses a collection of more than 12,000 Roman coins, but it also displays mosaics, the remains of a hypocaust heating system and more.

For the literature enthusiast

For any Jane Austen fans, Bath is a must-visit spot. The author famously lived here with her family for four years, from 1801-1805. Even though she harbored a notorious dislike of the city, it made frequent appearances in her novels—most prominently in Northanger Abbey and Persuasion. Follow Austen’s experience of living in the city and take a look into the effect it had upon her writing during a visit to the Jane Austen Centre, located on the street where she lived for a few months in 1805.

Have you ever been to Bath? What are your recommendations? Let us know on Facebook.