Like many travelers around the world, the Grand Canyon was at the top of our staffer Katie’s bucket list. So, when she set out on our U.S. National Parks: The Grand Canyon to Yellowstone tour, she knew she was in for the experience of a lifetime. One thing Katie didn’t expect? To be amazed by the stunning scenery from so many different angles. Here are the excursions she recommends for finding new perspective on a U.S. national parks tour. 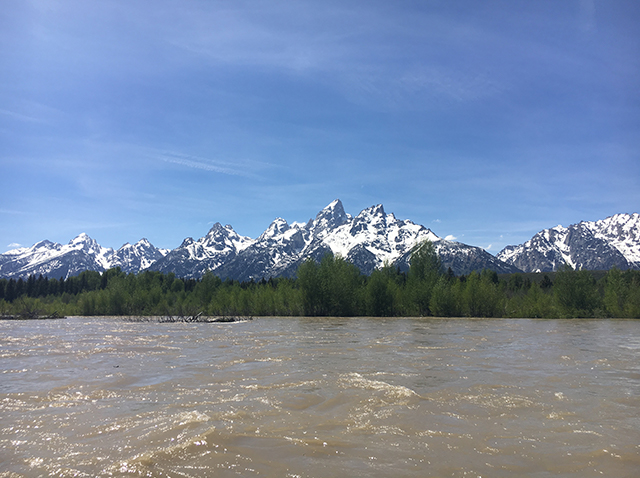 Floating down the Snake River

My group was treated to another angle of the Grand Tetons during the Snake River Float excursion. This relaxing raft ride took us down the Snake River, which flows through Washington, Oregon, Idaho, and Wyoming. Nature takes its course in this region, so the scenery is always changing. Our guide had been out along the same route earlier that day, and noticed that a tree had fallen since that morning. Along with more incredible views of the soaring Grand Tetons set against the blue sky, there were some unexpected surprises along the way too. My favorite one? Catching a glimpse of a moose at the edge of the water. 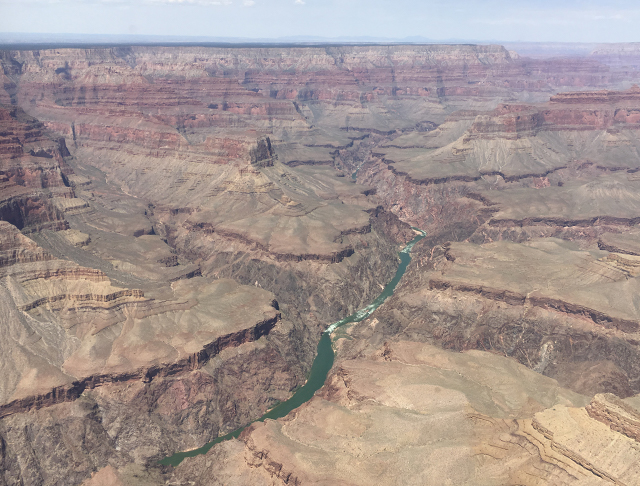 Flying high above the Grand Canyon

When I woke up on the fifth day of the trip, my first thought was “Today, I’m going to do something I’ll always remember!” And I did. Walking along the South Rim of the Grand Canyon was absolutely incredible. The views of the orange-hued rock formation were unbeatable. Or so I thought, until the next day. Seeing the massive canyon from a bird’s-eye view proved to be even more awe-inspiring.

The Grand Canyon Helicopter Ride was the most thrilling half hour of my tour. I wasn’t alone—every traveler that joined this excursion felt the same way. As we took to the sky, with between 4 and 6 travelers in each helicopter, we could see the Colorado River running through the steep walls of the canyon. Having an aerial view of the Grand Canyon made me appreciate its immensity in a way I couldn’t when I was standing on the ground.

While many travelers want to see the Grand Canyon, this tour offers so much more beyond that. Every day of this trip brought new natural beauty to marvel at, and having the chance to see the same unbelievable sites from multiple perspectives made this trip so memorable.

Have you ever visited North America’s national parks? Tell us about it on Facebook.