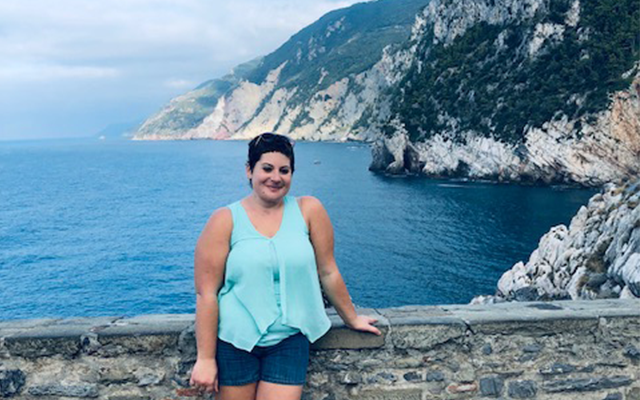 We’re constantly inspired by our travelers and our Go Ahead community (we know, we’re pretty lucky). And while we’re fortunate enough to hear lots of inspiring stories, this one from a young woman named Courtney touched our heart in such a big way that we wanted to share it with all of you. 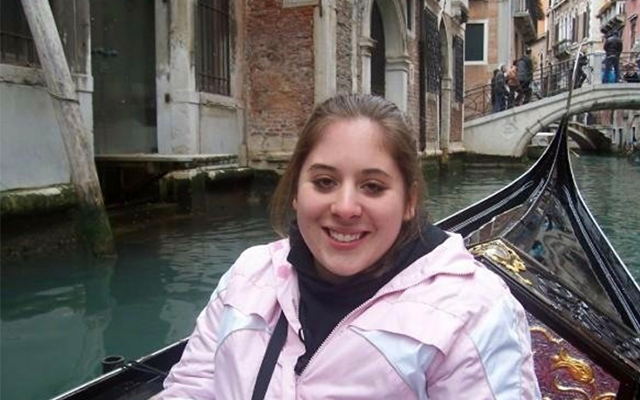 Courtney first dipped her toes into international travel when she was a junior in high school. She actually took a student trip to Italy with EF Educational Tours (our sister brand in case you didn’t know!), where she fell in love with the idea of exploring the world. “I got the travel bug!” she said thinking back on the trip. 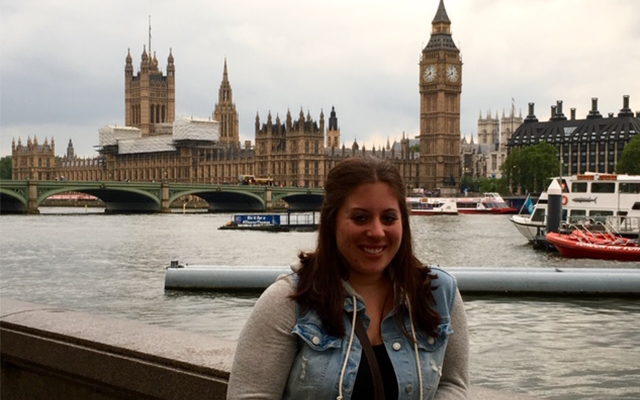 Several years later, Courtney was once again craving adventure and wanted to start traveling as an adult. Keeping it within the EF family, Courtney found us.”None of my friends were up for traveling and I didn’t want to go alone. I thought this would be great to do by myself because I’ll still be in a group but I’ll have the freedom to do what I want—and I won’t get lost—it’ll be perfect!” With that, she took off on her first EF Go Ahead Tour to London, Scotland, and Ireland. 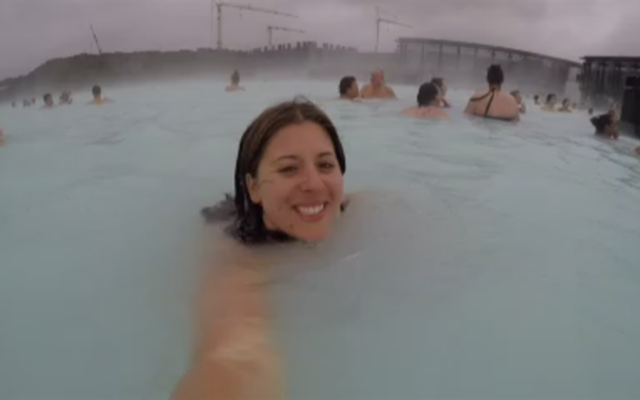 On her next tour, she discovered the Blue Lagoon, thundering waterfalls, and otherworldly landscapes of Iceland.

Right before Courtney embarked on her third Go Ahead Tour, she started having pain in her teeth. A mystery to her dentists, she took off for Germany, Switzerland, Austria, and Hungary, where she took in the fairytale landscapes and made a special friendship with her beloved Tour Director Lala. 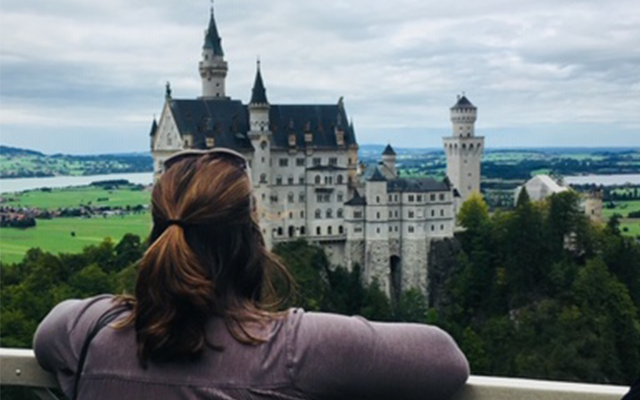 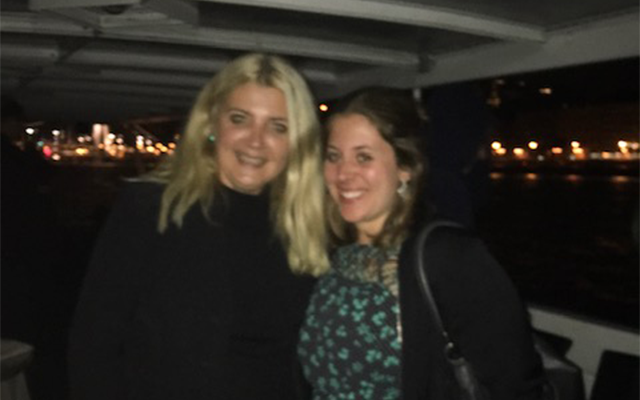 After returning from her tour, Courtney learned that she had cancer. “The day before Thanksgiving last year, they told me that I have bone cancer in my jaw. I had to have all my bottom teeth removed and they actually took a bone from my leg to replace my bottom jaw. I had four rounds of chemo and did the surgery in March. Right when I found out about all of this, I said that I have a trip planned in September—what am going to do? I decided to reschedule the trip at that point.”

Looking ahead at the life she wanted to lead—one full of adventure and possibility—Courtney’s sister started a GoFundMe page, which crowdsources fundraising efforts, to help her tackle her mounting medical bills. Courtney (and all of us at Go Ahead) was so touched to see that her past tour mates came out of the woodwork to support her, filing donations and sending cards. “One woman even sent me a puzzle since I was just at home, unable to do much. Things came in from all over the country, people I’d met through my different trips. They kept checking in on me and were so thoughtful. It’s amazing how many friends I’ve made. Traveling by myself on these tours, you get to know everyone. That’s one of my favorite parts about traveling on your own within a group—you really meet so many people.”

This speaks to the power of travel and the community that comes to life on our tours—and we want to send out a big thank you for making this community so special.

“Fast forward and I had the surgery and am now cancer-free. So I asked my doctors, am I okay to go? After the year I’ve had, I’m ready for a trip! They told me that I should be fine, and this past October I went to Spain, France, and Italy.” 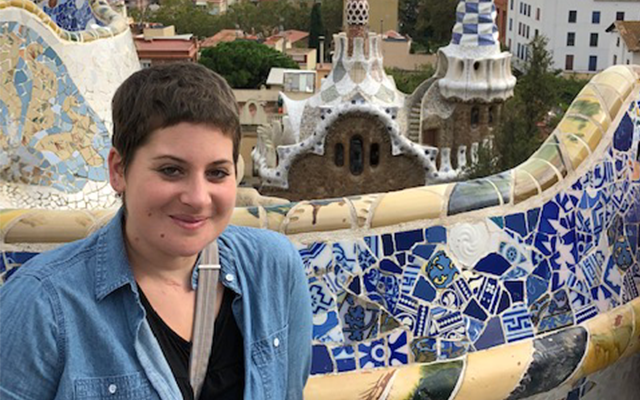 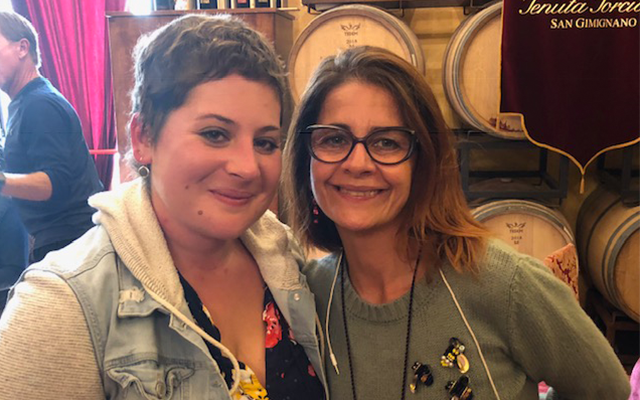 We couldn’t be more thrilled to hear that today Courtney is healthy and back out on the road, soaking in the world around her. Here she is at Park Güell in Barcelona, Spain, and then wine tasting with her Tour Director Laura in San Gimignano, Italy.

Plus, this holiday season, Courtney had the chance to reconnect with her Tour Director Lala while Lala was stateside in Boston. “She’s been so supportive, so I was so excited to see her!” 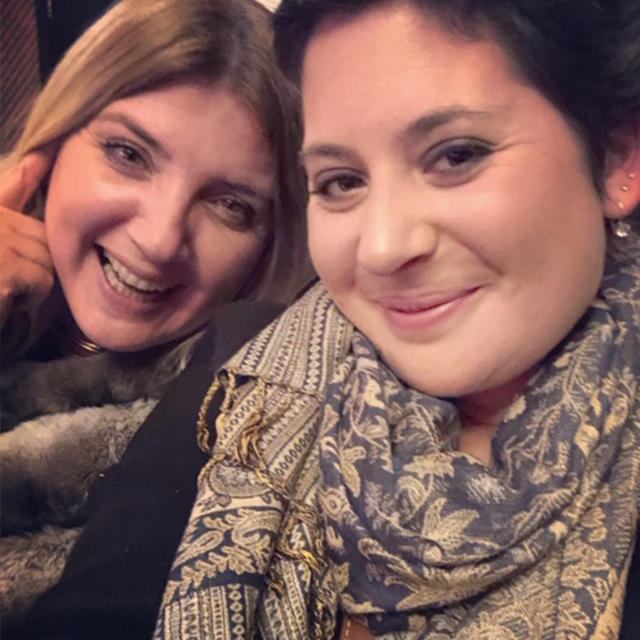 Next up? Scandinavia here she comes! “Down the line, I also really want to go to Australia—that’s at the top of my bucket list—and Greece.” We can’t wait to follow along with all of Courtney’s adventures in the future.