An ancient wonder wows on tour in Greece

Go Ahead Designer Jay traveled to Greece on our tour, Athens & Ancient Greece. With so many world-famous ruins to explore, which spot really wowed him most? Read on to find out. 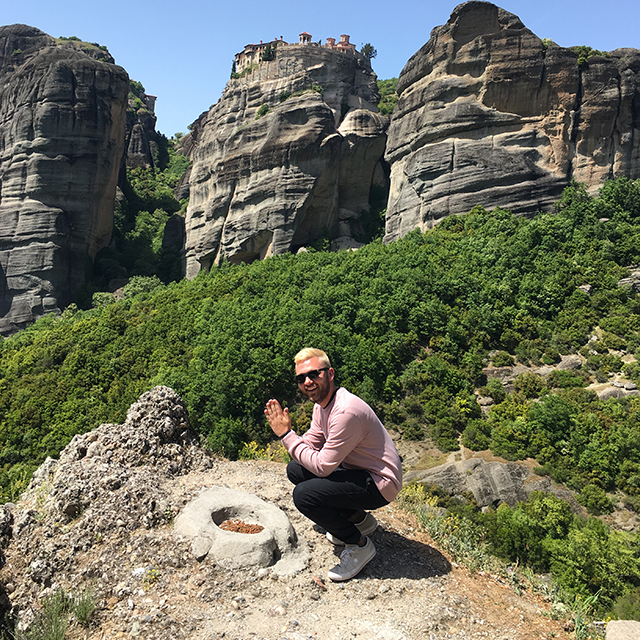 At work, Jay sees a lot of incredible places as he researches Go Ahead’s tour destinations, so he was pretty well-acquainted with what he’d find on tour in Greece. “Sites like the Acropolis are so well photographed, and feel like I look at them all the time!” he laughed. “But going there and seeing it for myself was really neat, even though I sort of knew what to expect.” So, in Meteora, Jay was surprised to find himself more than a little bit awestruck.

Atop the tall, pinnacle rock formations that make up the Meteora (which translates to “middle of the sky” in Greek) sit six Byzantine monasteries. “It really blows your mind to look up and imagine building the monasteries brick by brick,” Jay said. A group of Eastern Orthodox monks began living in caves around the region as early as the ninth century, but the first monastery wasn’t established until around two centuries later. For hundreds of years, Meteora was only accessible by ladder, rope, and baskets—a scary proposition which kept all but the most determined visitors away. Now, the area is much more accessible, and travelers can visit two of the monasteries, which are still active today. 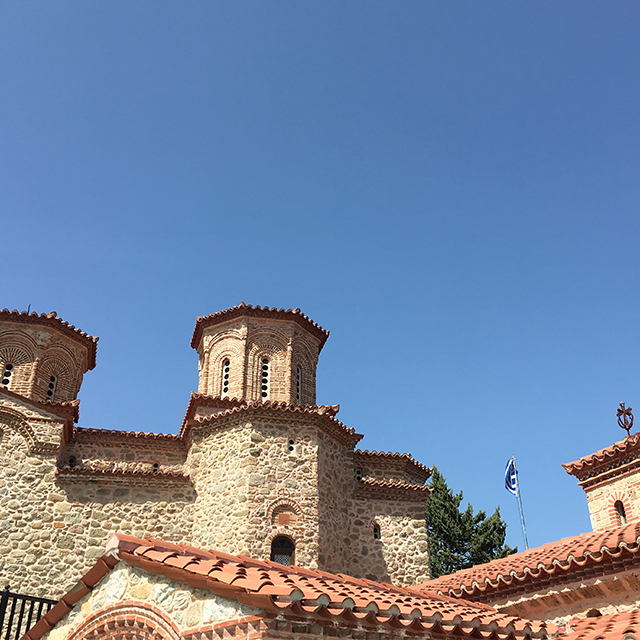 Learning what everyday life is like in Meteora was really eye-opening. The group had a chance to hear from the monks, as well as talk with a nun who had converted to Greek Orthodoxy to live in the monastery. “Our local guide added so much to our visit, too, because she really pushed us to challenge our perception,” Jay said. The guide asked everyone to consider what about their lives might surprise someone else, rather than dismissing the monks’ “crazy” way of life at first glance. “She treated the tour as more of a discussion than a lecture, which I really appreciated.” 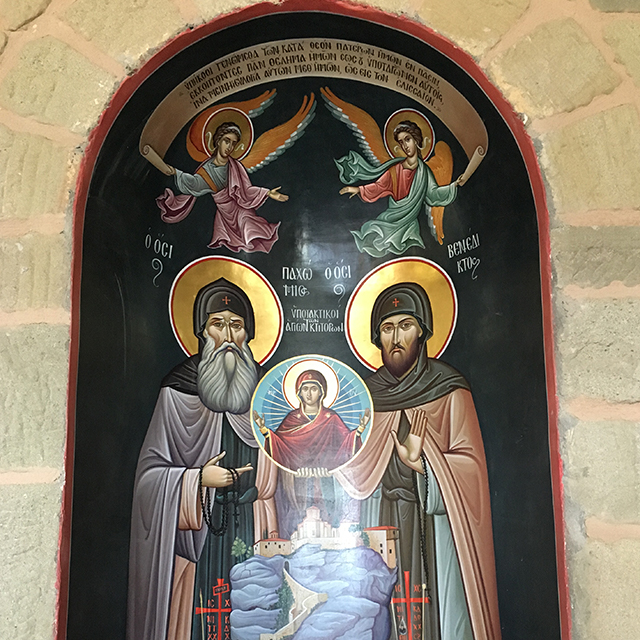 Another highlight was being able to share some his own interests with the group. “I took a class on Byzantine art in college, so seeing examples of it up close was really awesome,” Jay said. He shared some of what he’d learned about the unique style and was able to see some modern-day interpretations of the artwork from a restorer. “Byzantine art looks a lot different, and that’s because there’s so much symbolism that influenced the artists’ techniques. It was great to help other travelers appreciate that.”

Last but not least, the chance to see a local tradition up close really made Meteora stand out. The group learned that each year on St. George’s Day, climbers from neighboring villages scale the steep rock faces to replace colorful scarves left in one of the caves. The scarves are a tribute to St. George, who is said to have miraculously healed an injured farmer, and the ritual has been carried out for centuries. “It was really cool to learn how people come together each year. Seeing that really makes a place come alive.”