Earlier this year, we unveiled our new tour of New Zealand. New Zealand offers hundreds of unforgettable destinations for travelers from towering glaciers to sandy beaches, so picking one good reason to go can be tough… so tough, in fact, that we couldn’t get our list lower than nine! Without further ado, here are our nine favorite reasons to visit New Zealand. 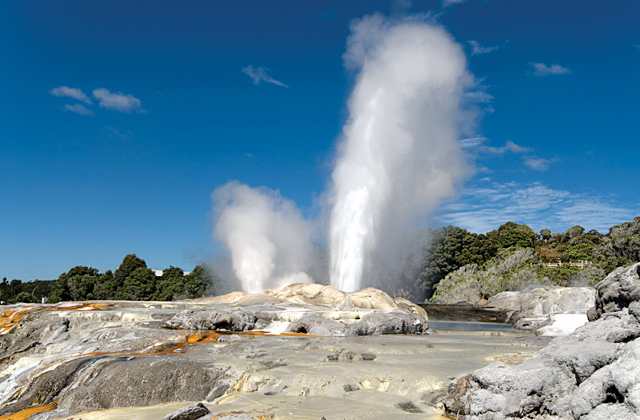 The town of Rotorua is a geothermal treasure, a place where travelers can glimpse the immense forces at play just beneath the Earth’s crust. Geysers bubble to the surface here, and prismatic hot springs draw visitors from near and far. Nearby, you’ll find the Waitomo Caves, a large underground complex perhaps best known for its glowworms. Inside the glowworm caves, an eerie bio luminescence illuminates your subterranean boat cruise.

The cradle of the Kiwi wine industry, Marlborough produces some of the world’s best Sauvignon Blancs. Pinot Noir and Chardonnay are also grown here, but the region’s blend of coastal breezes, hot days, cool nights and sandy, stony soil give Marlborough’s Sauvignon Blancs a distinctly pungent nose and fruity body. On our New Zealand: Untamed Landscapes tour, travelers will sample Marlborough’s wines at an included vineyard stop near Picton. 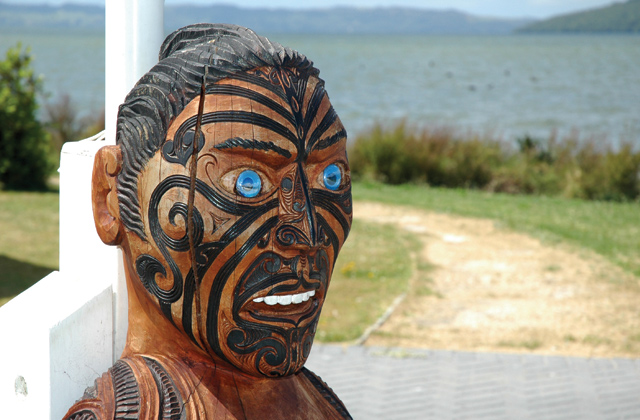 Like many indigenous peoples, the Maori suffered when the forces of colonialism arrived on their shores. The Treaty of Waitangi—often considered the founding document of modern New Zealand, a Kiwi Declaration of Independence—initially provided for equal treatment of the Maori and the British, but a long history of misunderstandings, poorly defined boundaries and outright theft led to a souring of relations between the two groups. But the second half of the 20th century saw a turning of the tide for the Maori, who now enjoy the same rights and privileges as other New Zealanders. Today, the traditions of the Maori are something of a national calling card, particularly for the All Blacks, New Zealand’s feared national rugby team, who perform a traditional Maori haka before every match.

There are approximately 8,766 hours in a year, and in Nelson, New Zealand, you can reliably bet on the sun shining for 2,400 of those hours. Located on Tasman Bay, Nelson is one of New Zealand’s sunniest spots, and its beaches draw visitors from around the country. The city is also surrounded by three national parks—Abel Tasman, Kahurangi and Nelson Lakes—and is a mecca for spelunkers…who might be the only people who find a way to stay out of the sun in Nelson! 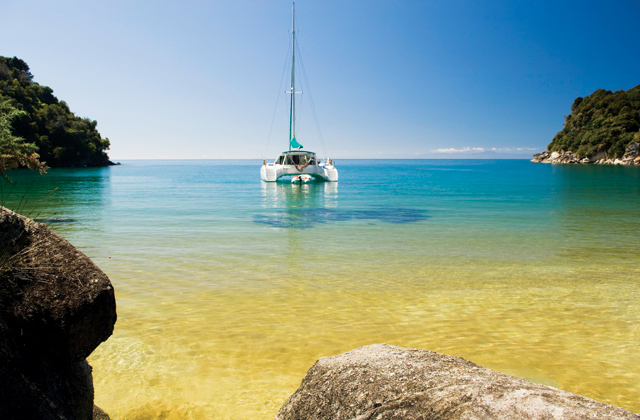 The 86 square miles of Abel Tasman National Park occupy two remarkably different ecosystems. Along the coast, you’ll find sun-kissed beaches, calm lagoons and a landscape that shifts dramatically with the tides. Just a short ways inland, the scenery changes to thick forests, rugged hills and slow-moving creeks. Visitors can hike on one of two paths—the more popular Coastal Track and the often-overlooked Inland Track—to get a full feel of the park. While hiking either track in full takes nearly a week, both tracks feature numerous day hikes as well.

They call them the “pancake rocks” for one good reason: they sort of look like pancakes stacked on top of each other. Eons ago, the shells and skeletons of sea creatures settled to the bottom of the primordial ocean, where the weight of the water above compressed them into limestone; later, seismic activity pushed these limestone columns to the surface, where humans eventually discovered them while noting, “Hey, those rocks sort of look like pancakes!” Today, Punakaiki’s beaches and pancake rocks draw travelers from around the world. At high tide, as the waves rush into shore, “blowholes” redirect the waves straight into the air. 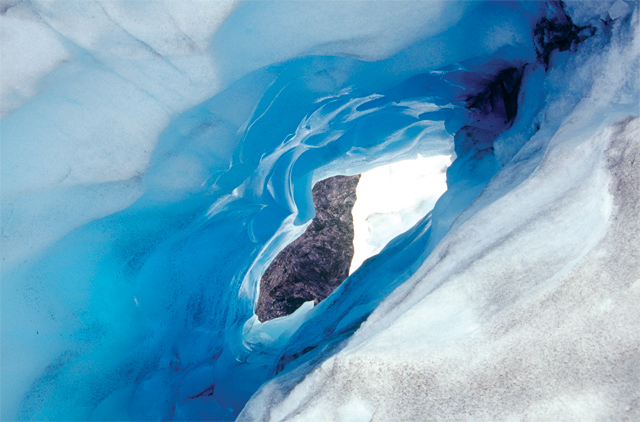 A hole in the ice at Fox Glacier.

Standing at the terminus of Fox Glacier, you could be forgiven for wondering why glaciers are associated with ice and snow. That’s because Fox Glacier is one of the few in the world that ends in a tropical rainforest; it’s also one of the few remaining glaciers that are not currently retreating in the face of rising global temperatures (though it should be noted that Fox Glacier is more than a mile and a half shorter than it was a century ago). A nearby town, also called Fox Glacier, serves as a home base for visitors.

Local legend holds that Queenstown got its name from a gold prospector who assured a visitor that the rough-and-ready frontier town was “fit for Queen Victoria.” However it got its name, Queenstown today is an outdoor-lover’s dream. Queenstown offers some of the best skiing in the Southern Hemisphere, with four major ski resorts just outside the city limits. With snow-capped peaks everywhere you turn, it can be easy to overlook the calm waters of Lake Wakatipu, on which the city sits. A short drive east of Queenstown will bring you to the Kawarau Gorge Suspension Bridge, the birthplace of bungee jumping. If you enjoy leading an active lifestyle, you’ll love Queenstown. 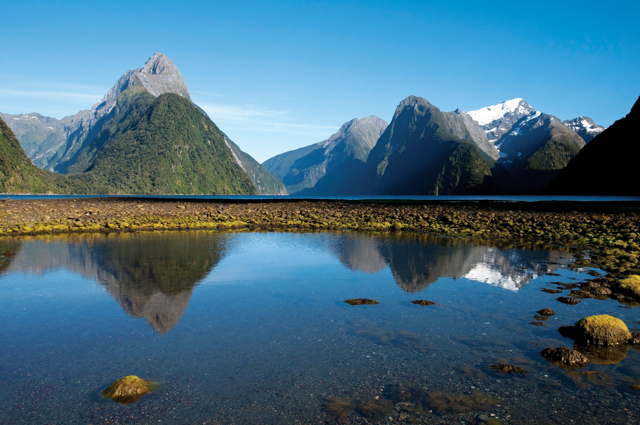 A hole in the ice at Fox Glacier.

Rudyard Kipling called it the eighth wonder of the world, and once you’re here, you’ll understand why. Milford Sound is more accurately described as a fjord (that’s why it’s the centerpiece of Fiordland National Park, a narrow sea inlet characterized by steep cliffs on all sides. In Milford Sound, the sheer cliffs rise nearly 4,000 feet from the surface of the water, yet rainforests still cling to their faces. The scale of the sound can make human visitors feel small: the 508-foot-high Stirling Falls look like an insignificant trickle as it cascades into the ocean below.

Have you been to New Zealand? What are your must-see sights? Tell us on Facebook!